Security in an Insecure world

Geopolitical Challenges in a new World and European environment

NATO 2030: Security Priorities and Challenges for the Civil Society

• Discussion with representatives of Atlantic Associations and other participants

Mapping the new Transatlantic Decade – do we need a new roadmap between the US and Europe?

“Security in an Insecure world: the role of Greece”
Nikolaos Panagiotopoulos, Minister of National Defence

All sessions will be followed by discussion.

NOTE:
Connecting ONLY through the Zoom platform will allow for active participation.
Participants are encouraged to contribute to the dialogue

Register in advance for this webinar: 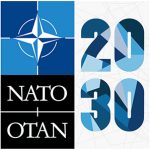